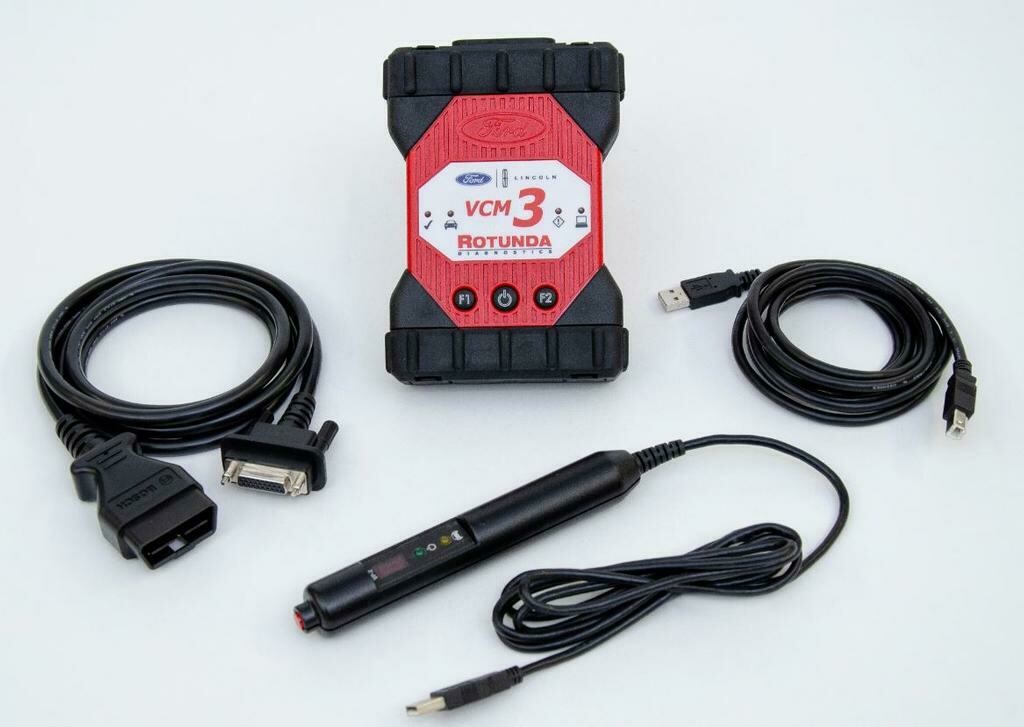 **The VCM 3 is currently on a nationwide back order, we are accepting Pre-Order Purchasing at this time. Purchase this item now and receive it at a future date when the item is in stock and available.**

The new VCM 3 is capable of all functions from previous VCM's plus more...

VCM 3 Additional Capabilities:
The VCM 3 is capable of communicating on the J1708 in addition to the J1939 network which allows
diagnostics on Medium Duty Trucks when used with the Rotunda Medium Duty Truck DLC adapter
164-R9860 and manufacturer specific software. The VCM II and VCMM are only capable of
communication on the J1939 network when used with the DLC adapter. This capability will be added
in the form of a future firmware update expected later this year.
The VCM 3 is capable of performing module reprogramming at increased speeds on soon to be
released vehicles equipped with the new CAN-FD network. The VCM II will be able to communicate
and program on the CAN-FD network, however at a reduced speed.
A power backup capacitor has been added which will keep the VCM 3 powered up and

communicating during low voltage conditions such as starting the vehicle's engine.

Save this product for later
Display prices in: USD
Page load link
Go to Top